‘Music Visible’ is the title Alan Cutts  gave to a three-part course book he wrote for use with his students studying conducting as part of their degree course at CIT Cork School of Music. It was never meant for publication but as a conducting tutor it is unique in its combination of practical guidance and heart-felt inspiration for all those engaged in this most complex and vital aspect of music-making. The well-thumbed paper copies still treasured by Alan’s former students testify to its lasting value. It has therefore been decided to make it available online for any and every would-be conductor. 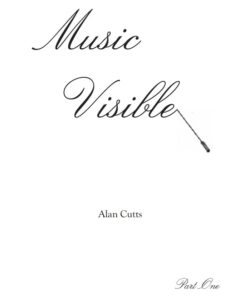 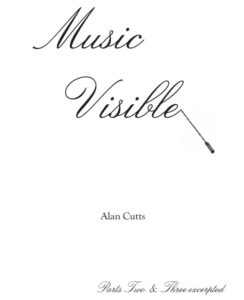 Born in 1950, Alan grew up in London, becoming familiar with the standard orchestral repertoire, but developing a particular attraction to the post-war avant-garde. It was Joseph Weingarten whose endlessly painstaking teaching at the piano brought him to a fuller understanding of the 19th century piano repertoire. George Hurst’s summer conducting classes were an ongoing source of inspiration, while two hours with a pupil of Bela Katona set him up for years of reward later on teaching beginner and grade violin.

“Alan was always so helpful to me when I started teaching at the County Wexford School of Music. He advised me on repertoire for the County Wexford Youth Orchestra when I took over in 2007 and we performed many of his arrangements in Ireland and abroad. I visited Alan after attending Canford Conductors School over 2 summer periods and he presented me with a copy of his conducting books and explained each one in detail. I still use them regularly and will continue for a long time. Anne McLeod gave me a present of a couple of his batons after he died and it is an honour to use them when conducting orchestras.”
– Emily Redmond, current conductor of County Wexford School of Music Youth Orchestra

Alan continued in Wexford before coming to Cork in 1997 to work with CIT Cork School of Music, taking choirs and string orchestras, and teaching conducting and orchestration on the degree and post graduate courses. His former pupils all speak so highly of Alan including Tom Doyle, current lecturer in Conducting, director of the Senior Orchestra in CIT Cork Sc hool of Music, and one of Alan’s last postgraduate students. Following Alan’s sudden passing in February 2016, Tom took over his conducting classes and the bedrock of the material he uses comes from Alan’s teaching.

“It is with immense pride and great privilege that I, as a former student of the late Alan Cutts’ for over fifteen years can say, that he had a defining influence on my life’s decision to pursue a career in music. A profoundly inspirational and deeply committed musician, music educator and conductor, his genius brought the teacher-pupil relationship in performance music education to a whole other level and he invested selflessly of himself in nurturing my love of music and passion for music education. Long may his legacy live through the work of all of those he influenced throughout his life.”
– Rosaleen Molloy, National Director, Music Generation 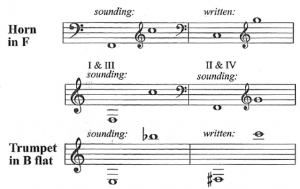 Adler, S: The Study of Orchestration. Available as a book and also with a set of accompanying multimedia discs with examples.

Berlioz, Hector. On Conducting: Theory of the Art of Conducting, found in Treatise on instrumentation. New York: Kalmus, 1948. Download as pdf.

Malko, Nikolai and Elizabeth A. Green: The Conductor and His Score, Englewood Cliffs, NJ: Prentice­Hall, 1975.

A series of articles by Tim Reynish as available at timreynish.com.

Advice on preparing scores from the United States Air Force!

What A Music Conductor Knows About Leadership: Hugh Ballou from Forbes.com.

Mystery of the maestros: what are conductors for?from The Guardian.

List of conducting treatises and textbooks from The Conductors Guild.

“It was an honor to be mentored by such a great conductor.”