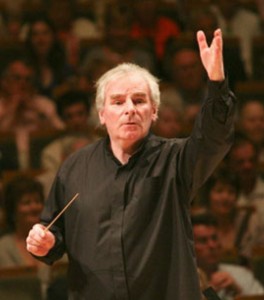 In July 2000 Robert made his American Debut conducting at the ‘Mozart Festival’ at Woodstock, Illinois.

A native of Killarney, County Kerry, Robert lived in Metz, France from 1981 until 2002, where he conducted for several years at the Municipal Theatre as well as frequently guest conducting l’Orchestre National de Lorraine, l’Orchestre de Chambre de Metz and his own ensemble le Nouvel Ensemble Instrumental.

Robert Houlihan’s festival appearances include the BBC Proms and the Almeida Festival in London; The Budapest Spring Festival and the Bartók Festival in Hungary; The Summer Festival in Amsterdam and the Wurzburg Mozart Festival in Germany to name a few.

Robert has conducted over 100 different orchestras since he began his career. He has a wide range of repertoire from Baroque to the great repertoire of the 19th and 20th centuries. Due to his solid and precise technique, corroborated by the international press, he is very often invited to conduct demanding new contemporary works.

In addition to his conducting appearances Robert is in much demand as a teacher, giving classes in Ireland, France, Holland, Portugal and Hungary. Since 1989 he has also reserved two weeks in August each year to tutor with George Hurst at the renowned Sherborne (formerly Canford) Summer School of Music, Sherborne, England.

Robert Houlihan returned to live in his native Ireland in December 2002. He now regularly conducts the RTÉ National Symphony Orchestra of Ireland and the RTÉ Concert Orchestra as well as appearing as a guest with orchestras in Europe and in South America.

“Robert is a very gifted teacher and the perfect artistic guide for budding conductors.”